Plant a tree in memory of Janeen
An environmentally-friendly option 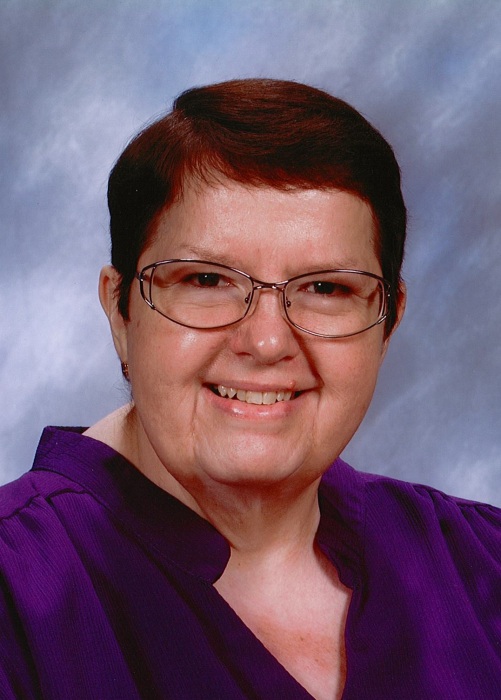 Janeen Genzlinger, age 68, formerly of Howard, passed away peacefully on Saturday, March 27, 2021, at Ava’s House, in Sioux Falls. Memorial services will be held at a later date.

Janeen Kay Genzlinger was born April 6, 1952 in the Madison Community Hospital, Madison, SD to Gordon and Geraldine (Callies) Genzlinger. She was baptized and confirmed in the faith at St. John’s Lutheran Church. Janeen grew up on a farm east of Howard and graduated from Howard High School in 1970.  After high school, she attended one year of college at Beadle General and then worked in Hawarden IA for a few years. Janeen moved to Sioux Falls and worked for the Minnehaha County as a Circuit Court Reporter for about 35 years.  During those 35 years, Janeen primarily worked for Judge Gene Paul Kean. Janeen and Ronald Farrell were united in marriage on April 1, 1985 and were divorced in 1999.

Janeen was known for her great cooking and baking. She was always sharing recipes and bringing goodies to work. Each niece and nephew also received a cake decorated by Janeen for their birthdays and special events. She enjoyed traveling and had many hobbies including collecting Precious Moments and painting her own ceramics. She enjoyed spending time with her nieces and nephews.

She was preceded in death by her parents, Gordon and Geraldine Genzlinger, a nephew, Adam Jon Genzlinger and her special, furry friend Buffy.

Memorials will be donated to Main Street Living, which broadcasts a Lutheran worship service program that is endorsed by the Lutheran Church-Missouri Synod.

Plant a tree in memory of Janeen by clicking here.
To send flowers to Janeen's family, please visit our floral store.

Plant a tree in memory of Janeen
An environmentally-friendly option

Plant a tree in memory of Janeen

2 trees planted in memory of Janeen

A Memorial Tree was ordered in memory of Janeen K. Genzlinger.  Plant a Tree

I have such fond memories of Janeen growing up. Our parents were good friends so we were always getting together at one farm or the other.

Oh, my dear friend, I am going to miss you so much. Not only were you a great co-worker, but more importantly a loyal friend. I will never forget how hard you laughed when you baked me a pan of Zucchini brownies and I ate all of it in one day at work! You kept telling me I was to get a terrible
stomachache, but they were the best brownies I ever had and couldn’t help myself!! Of course, you were right, but it was definitely worth it.
Janeen so loved The Lord!! She was on cloud nine when a small group of us would go to her church with her for the yearly fundraising supper. We had to mark our calendars months in advance!
Janeen often talked to me about her deep love for her family, I felt like I knew them all through her wonderful stories going back to childhood on the farm. I did get to meet Winston and Carolyn, which was a lot of fun.
Most everyone knows that Janeen had a little Bichon named Buffy. Buffy developed allergies and Janeen was right on it!! She had a whole network of hunters that gave her the deer they would get. Janeen would then pay to get this donated deer meat ground and she would cook it up for her Buffy. That is the same kind of commitment she had for those she loved.
Janeen had a very strong work ethic, and now she can Rejoice and Rest In Peace with her Heavenly Father.

I have good memories of working with Janeen at the Minnehaha County Courthouse--especially the days when I was a Law Clerk, and the courtrooms and offices were all on second and third floors of what is now the Administration Building.  You have my sympathy on her loss.

Janeen was such a professional in the Courtroom. I appreciated her hard work, kindness and practicality.

Plant a tree in memory of Janeen